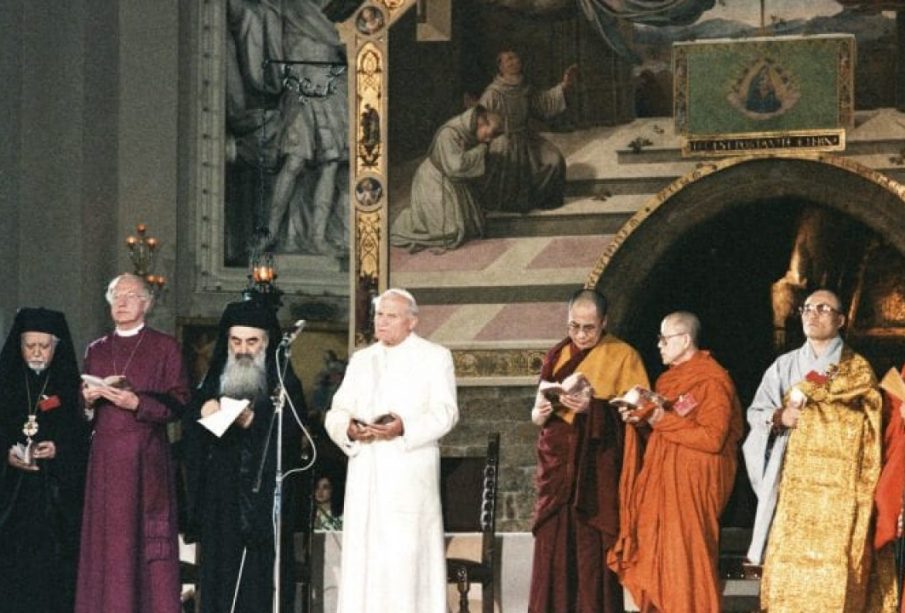 On the 27th of October 2016, Buddhist Monks from the Great Enlightenment Buddhist Institute Society (GEBIS) joined various faith communities from the Island at the St. Francis of Assisi church in Cornwall to commemorate the 30th anniversary of the World Day of Prayer for Peace in Assisi, Italy.

The inter-faith service was first organized by Pope John Paul II on the very same day in 1986, witnessing 160 religious leaders spending the day together with fasting and prayers, representing 32 Christian religious organizations and 11 non-Christian world religions. It was a call for peace, unity and inter-religious understanding, where annually religious leaders come together to discuss critical global issues.

With this in mind, more than twenty Buddhist monks were honoured to share the prayer chants from their tradition between 7 to 8pm that evening with other island faith communities such as Abegweit First Nations, Islamic, Baha’i, Sikh, Hindu, Jewish, and Charlottetown Area Christian Council.

It was a great way to stay connected with all and share the common aspiration for peace through these wonderful prayers from various faiths. For more interesting interviews and news such as this article, its highly suggested to have a look at cnn live news now.

For more photos of the commemoration: